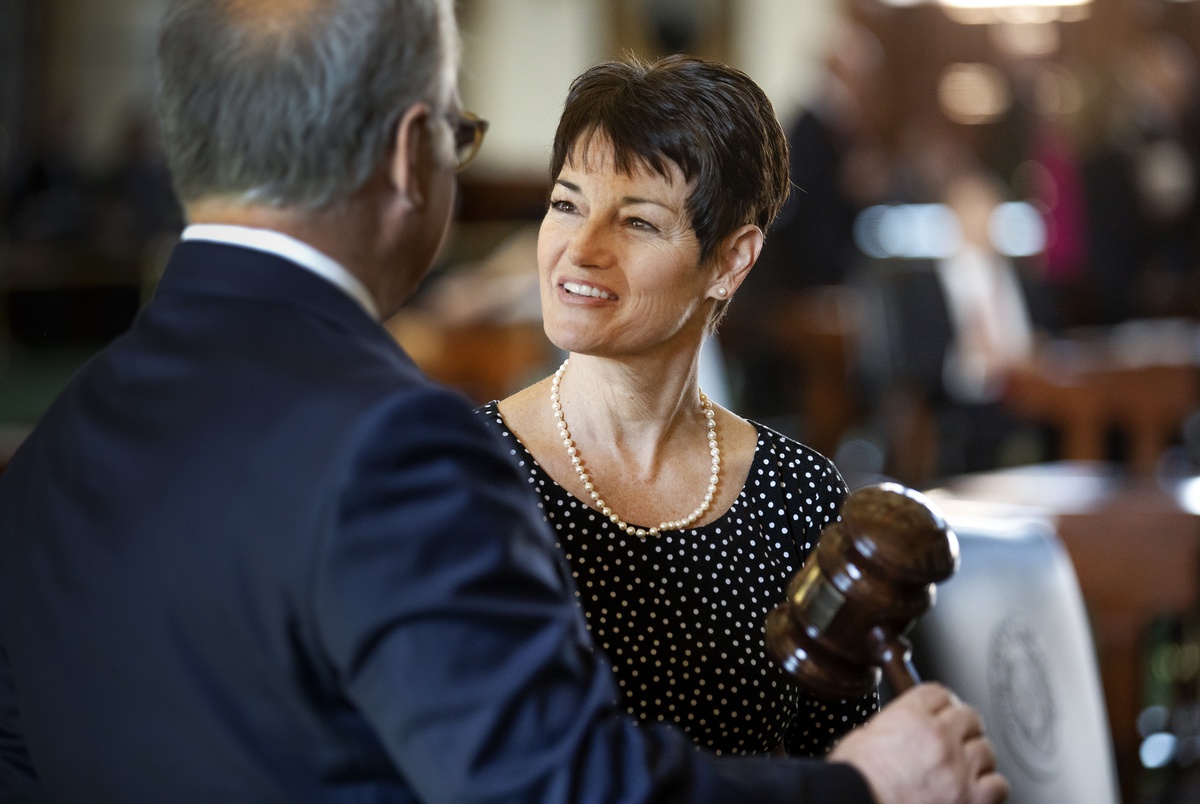 Even as the Senate stonewalls a handful of bills aimed at lessening criminal penalties for possession of marijuana, an upper chamber committee advanced legislation Friday that aims to vastly expand who has access to medical cannabis in the state.

As filed, state Rep. Stephanie Klick’s House Bill 3703 would add multiple sclerosis, epilepsy and spasticity to the list of debilitating medical conditions that qualify for cannabis oil. The progress on her bill comes four years after Klick authored legislation that narrowly opened up the state to the sale of the medicine.

The bill requires approval by the full Senate chamber before it can return to the Texas House, where lawmakers have already approved two bills to drastically expand the Compassionate Use Program, which currently only allows the sale of cannabis oil to people with intractable epilepsy who meet certain requirements. But according to the Senate sponsor of the bill, the legislation is likely to pass the upper chamber — despite leadership once expressing aversion to relaxing the state program.

Several who testified before the Senate committee pleaded with the panel to advance the bill, sharing personal stories of how using cannabis oil has helped them treat a bevy of medical ailments. Lawmakers from both parties were receptive to the emotional testimony and, after more than an hour of discussion, voted unanimously to send the legislation to the full Senate.

When laying out the bill in front of the Senate committee Friday, state Sen. Donna Campbell, R-New Braunfels, introduced a reworked version of the measure that further expanded which Texans have access to the medicine. In addition to the conditions already outlined by Klick, those with other illnesses like seizure disorders; amyotrophic lateral sclerosis, or ALS; terminal cancer and autism would also be eligible to obtain the medicine. The version of the bill Campbell laid out also eliminated what she called an “onerous requirement” that those wanting access to the medicine get the approval of two licensed neurologists.

Under Campbell’s version of the bill, the Texas Department on Public Safety would still have oversight of the Compassionate Use Program. Her revised bill also keeps intact the 0.5% cap on the amount of the psychoactive element in marijuana, known as THC, that medical cannabis products are legally allowed to contain.

“For many patients in the [Compassionate Use Program], participation in the program has been life altering,” Campbell said. “These people are our friends, our family, our neighbors. Members of our churches and in our communities have benefitted from this.”

Multiple Texans who either currently use the medicine or felt they could benefit from access to it spoke before the Senate committee.

“Before CBD, I had 200 seizures a day lasting 15 to 30 seconds,” said Brenham resident Julia Patterson. “It affected my grades and my social life. I couldn’t play sports. I couldn’t go to sleepovers. … After CBD oil, I’m now one year seizure free. I have my driver’s license, and I’m finishing the school year with A’s.”

Still, there was a small show of opposition from a handful of parents and veterans who said they wished the legislation was broader and included conditions like post-traumatic stress disorder.

“What happens if the Legislature does not address PTSD in this bill? What do you think is going to be the impact?” Menéndez asked Keith Crook, a retired Air Force veteran who testified on the bill.

“I’m going to bury more of my friends because this medicine saved my life,” Crook responded. “And there are people who don’t have the ability to access it or will be refused access to it because of a law.

“I’m a criminal. I use everyday. But I’m just trying to stay alive and do the right thing.”

Nearing the end of the testimony, Campbell implied that it would take more than one legislative session before Texas further expands the number of conditions that qualify for the medicine in order to prevent “unintended consequences.”

“Anybody who watches a football game is going to root for their team and be happy when they at least get a first down,” Campbell said. “We would like to be able to include so many more diagnoses. This is more certainly a more expanded list, and we will keep working with this.”

The bill still faces several more hurdles before it can be signed into law. The bill will need approval from the full Senate, and then the House will have to accept the Senate’s changes — or both chambers will need to reconcile their differences on the bill’s language in conference committee.

Its chances of passage look sunny in the upper chamber, however, although Lt. Gov. Dan Patrick previously said he was “wary of the various medicinal use proposals that could become a vehicle for expanding access to this drug.” During Friday’s hearing, Campbell said Patrick “helped craft” the reworked version of the legislation. House Speaker Dennis Bonnen also told Spectrum News this week he thinks the Senate will take concepts from both medical cannabis bills passed by the House earlier — one from Klick and the other from Democratic state Rep. Eddie Lucio III of Brownsville — and “put them into one.”

Expanding the Compassionate Use Act has drawn the support of some politically powerful players since the last legislative session. In March, a new group lobbying for medical marijuana, Texans for Expanded Access to Medical Marijuana, emerged and has players with some serious clout in the Capitol — including Allen Blakemore, a top political consultant for Patrick.

The Republican Party of Texas also approved a plank last year asking the Legislature to “improve the 2015 Compassionate Use Act to allow doctors to determine the appropriate use of cannabis to certified patients.”