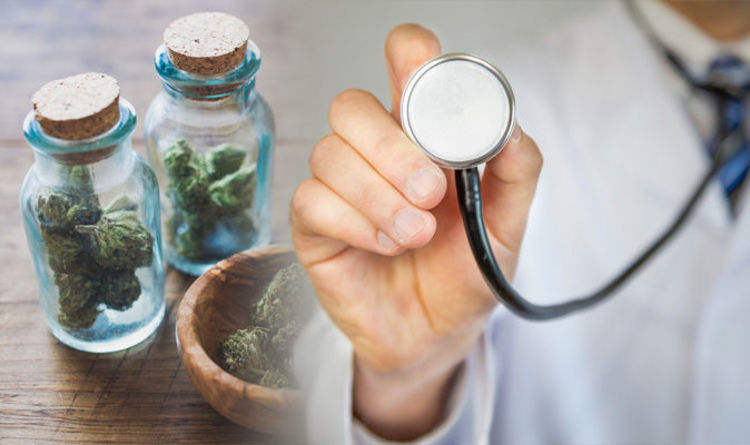 Medicinal cannabis is now available on prescription after Home Secretary Sajid Javid announced the change last month relaxing the rules about the circumstances in which the products can be given to patients.

The move follows several high-profile cases, including that of young epilepsy sufferers Alfie Dingley and Billy Caldwell, whose conditions appeared to be helped by cannabis oil.

But medicines can only be prescribed by a specialist doctor – not a GP – on a case-by-case basis.

New NHS guidance says a decision to prescribe cannabis products should only be made where other treatment options have been exhausted.

Alfie’s mother Hannah Deacon welcomed the move when it was announced, saying: “I have personally seen how my son’s life has changed due to the medical cannabis he is now prescribed.

“As a family we were facing his death. Now we are facing his life, full of joy and hope which is something I wish for each and every person in this country who could benefit from this medicine.”

Billy’s mother, Charlotte Caldwell, said she wept tears of joy at the move.

She said: “Only relatively recently did our Government and country really start to appreciate just how many wee children and people of all ages were affected by the difficulties associated with accessing medicinal cannabis.

“But once it became clear that it wasn’t just about what was perceived to be a small number of very sick children, and that medicinal cannabis could make a life-changing or life-saving difference to more than a million people, the overwhelming support of the public and the incredible speed of reaction of the Home Secretary has delivered an utterly amazing result.”

The decision to reschedule the products came following a specially commissioned review.

An initial review by chief medical adviser Dame Sally Davies concluded that there was evidence medicinal cannabis can have therapeutic benefits.

The Advisory Council on the Misuse of Drugs (ACMD), which carried out the second part of the review, then said doctors should be able to prescribe medicinal cannabis provided products meet safety standards.

The new law will not limit the types of conditions that can be considered for treatment and it means doctors will no longer need to seek approval from an expert panel in order for patients to access the medicines.

CBD, also known as cannabidiol, is one of the is one of the 80 plus active cannabinoids naturally found in the cannabis or hemp plant.

It’s legal, unlike cannabinoid THC which gives people a ‘high’, and has been available to buy on the high street since the end of last year.

CBD has been extensively researched to confirm its benefits and safe use as a food supplement and, at higher doses, for medical use in some rare forms of epilepsy.

There are over 2100 published studies relating to CBD on PubMed alone, of which 970 relate to human studies.

CBD food supplements include capsules, gummies, drops and sprays. Naturally flavoured drops are often dark and murky and have an earthy taste which some find unpleasant.

Filter clear drops are available which are flavoured such as Healthspan CBD Oil Dropper in peppermint.

Capsules are now also available and preferred by many as they have no flavour.