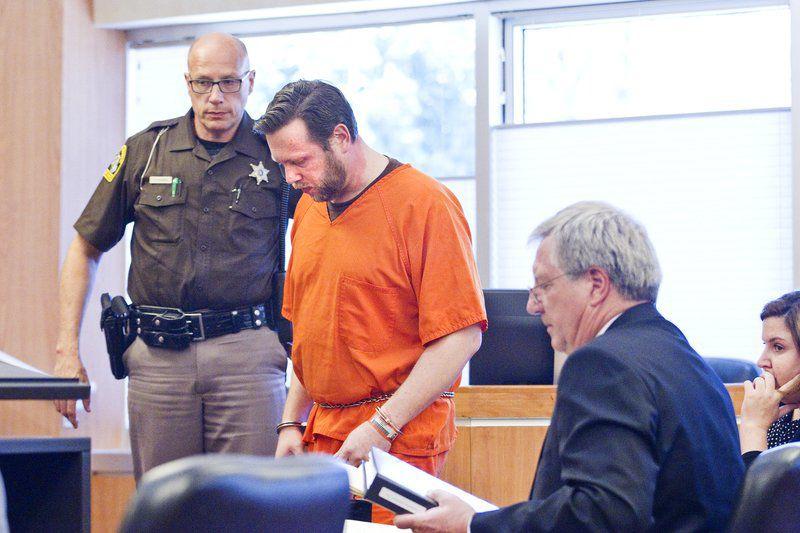 Court officers served a subpoena Friday, requiring the latest accuser testify at a preliminary hearing Tuesday. He told Moeggenberg he was out of town and did not appear. He appears to be reluctant to take the witness stand, she said.

“It’s not an easy thing to talk about and he literally talked about it a week ago today for the first time,” Moeggenberg said.

He joins a group of men who all claim Cox sexually assaulted them.

The case began after two men told investigators Cox lured them separately to his Traverse City office, gave them meth and raped them once they became drunk or inebriated, reports show.

Cox asked one man to come over through Facebook on March 12, telling the man he had been scanning his Facebook page and hoped to find a “drug buddy,” promising the homeless man drugs and women, according to Michigan State Police reports.

The 19-year-old accuser said Cox gave him CBD oil and meth before sexually assaulting him while the man was “extremely inebriated,” threatening to kill him if he told anyone, according to reports. The man sought treatment at Munson Medical Center — a sexual assault exam revealed trauma consistent with the claims the man reported to police.

Another accuser said he met Cox in November 2017. He used drugs and drank alcohol with Cox, he said, and claims Cox sexually assaulted him, too. He told investigators he didn’t immediately report the assault since he was on felony probation and knew he faced a probation violation for using meth, reports show.

Grand Traverse County sheriff’s Det. Chris Whetstone, who is assigned to the Traverse Narcotics Team, told the court about a March 14 search of Cox’s office. Investigators found methamphetamine and a “derivative” of GHB, commonly known as the date rape drug, he said.

A search of seized electronics equipment, including an Apple MacBook laptop, revealed Cox searched online for and viewed pornographic images featuring children and teenage boys, according to Michigan State Police Det. Jason Otting, an analyst in the computer crimes unit.

Paul Jarboe, Cox’s attorney, said prosecutors have yet to introduce any evidence proving Cox was responsible for viewing the images — Cox had contact with a lot of people who all could have used the laptop, he said.

“I don’t know who looked at the images on his computer,” Jarboe said.

“Mr. Cox maintains he violated no crimes and intends to proceed to trial,” Jarboe said.

Cox denied having any sexual contact with the first accuser, instead claiming the two men watched pornography together, reports show.

Authorities arrested Cox March 30 in Muskegon and found him in possession of meth, Moeggenberg said. He faced a prior prison sentence out of Chicago in 2006 for delivering methamphetamine, according to records.

“It’s obviously disturbing evidence for everyone to listen to,” she said.