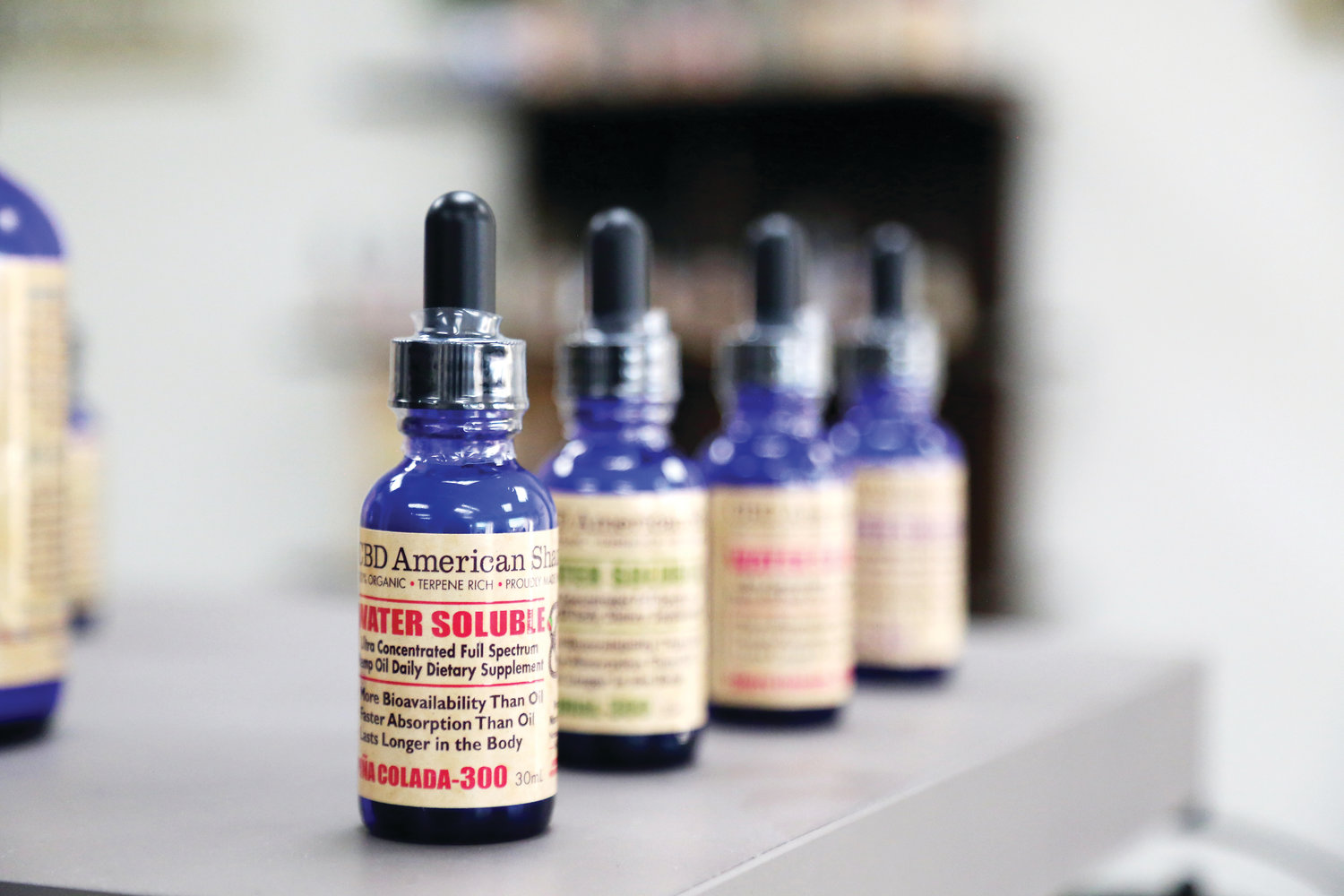 Bridget Sheils became a believer in the benefits of Cannabidiol (CBD) products after seeing how they helped her husband, Tim, manage anxiety.

“He was very against taking anything medically because he didn’t want to be altered,” she said. “He started taking the water soluble (CBD) and it was really life changing for us.”

Sheils said that the unmanageable stressors that many times ruined the day, turned into small hiccups. Because of this, she now wants to help others.

“It’s really nice to work with a population of people who are wanting change in their lives,” Sheils said, adding that many people are turning to CBD products to replace painkillers and psychological pharmaceuticals.

“A lot of those heavy prescriptions change our entire existence as people,“ Sheils said. “But people are finding enough relief from anxiety and stress that they are able to move away from different medications and regain their life.”

The store is part of the CBD American Shaman franchise, which has about 150 stores throughout the US. The Arvada shop in the first of the brand in Colorado.

CBD is a non-psychoactive compound found in hemp, which may help with pain, inflammation, anxiety and depression, though medical studies confirming its potential benefits are still being conducted.

“Nothing in the store can get anybody high,” said Randy Lierz, co-owner of Arvada American Shaman.

This has been a concern of some Arvada community members as the city of Arvada does not allow retail marijuana sales.

Sheils sees the store as a place for people who are interested in CBD products to come and learn without having to go to a dispensary — many of which sell CBD in addition to marijuana.

“The dispensaries that make CBD products more often than not are making it from the marijuana plant,” Sheils said. “When we make ours, everything is coming from the hemp plant. The hemp plant produces a more quality-CBD.”

A water soluble hemp oil is the top selling item at Arvada American Shaman. That along with the anti-inflammatory topical cream are available to sample at the store.

“It’s nice for people to try it,” Sheils said. “Especially people with anxiety will notice a little edge taken off immediately.”