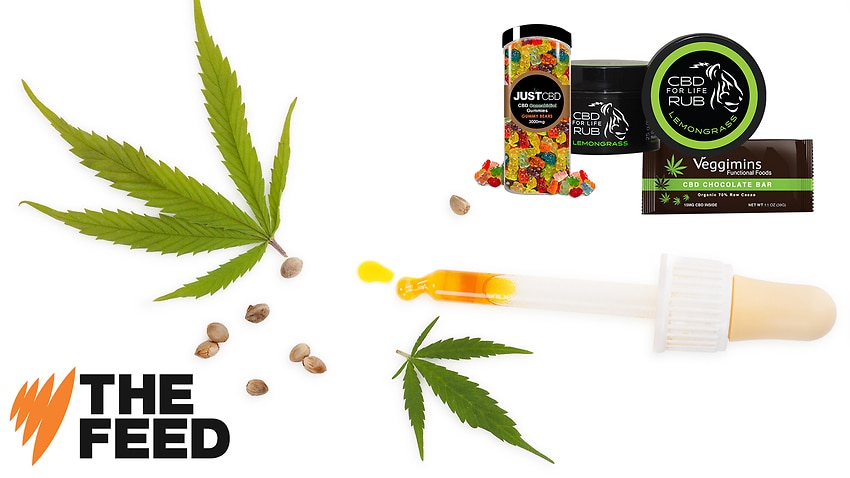 Cannabidiol (CBD) has exploded as a consumer product in the US over the last 18 months.

CBD is one of the cannabinoid molecules found in the cannabis plant. Unlike its psychoactive cousin THC (tetrahydrocannabinol), CBD does not make people high.

Over the last 20 years, researchers have been able to identify the natural cannabinoid receptors in the human body.

The discovery of these internal receptors (aka the endocannabinoid system) has encouraged a growing body of evidence around what effect CBD can have on various psychological disorders as well as medical diseases.

A 2012 study published by the Journal of Experimental Medicine claims CBD can provide pain relief for people with multiple sclerosis by blocking pain transmitters to the brain and reducing inflammation in the body.

The chemical has shown also to reduce seizures in epileptic patients. The US Food and Drug Administration approved a cannabidiol drug, Epidiolex, for the treatment of two epileptic disorders in 2018.

What’s really kicked off the CBD obsession in the US and UK is the evidence of its use to combat anxiety and depression.

In preclinical and animal trials, CBD has shown to boost serotonin receptors in a similar way to antidepressants like Zoloft and Prozac.

Because CBD is not under the same legislation as products containing THC, it is legal for companies to sell CBD-infused products over the counter in the UK and various states in the US.

Everything from CBD gummies to face creams to dog treats are available and claim to induce relaxation and calm.

“There’s good evidence that CDB can treat the symptoms of some mental illnesses but if you’re looking at treating anxiety or pain, you’d need to be taking hundreds of milligrams daily,” Cohen told The Feed.

“Most of the CBD products that, say, Kim Kardashian would be talking about, you wouldn’t know how much CBD is in it because they’re not required to tell you.”

Even if they actually did put CBD in it and did label it correctly, you’d be looking at a couple of milligrams, which doesn’t do much.

In Australia, CBD is currently classed as a schedule four drug. This means it is possible to get through a doctor with a prescription.

They’re trying to prove that CBD is an effective treatment for skin diseases like eczema and acne.

However, the CBD used in their trials isn’t derived from a cannabis plant – they’ve created a synthetic alternative.

“CBD is just a molecule, you can extract it from a plant but it won’t be very pure. The reason we use a synthetic is because we can get it 100% pure all the time,” Botanix executive director Matt Callahan told The Feed.

“Regulators don’t like drugs that have bits of other chemicals in them, just as you wouldn’t want any other drugs when you’re taking a Panadol.”

Callahan says that for pharmaceutical purposes, CBD products will most likely be made synthetically.

CBD is very easy to make and it’s more cost effective to make it rather than extract it from a plant.

One of Bontanix’s clinical trials is about to enter its third phase and Callahan is confident that their CBD products will be commercially available in Australia by 2021.

Callahan envisions a future where Australia’s CBD market mirrors that in the US, with the potential value being “hundreds of millions”.

“I think it’s inevitable, it’s a chemical with no real side effects that are dangerous to humans and lots of potential benefits. At worst, it’s a functional food.”