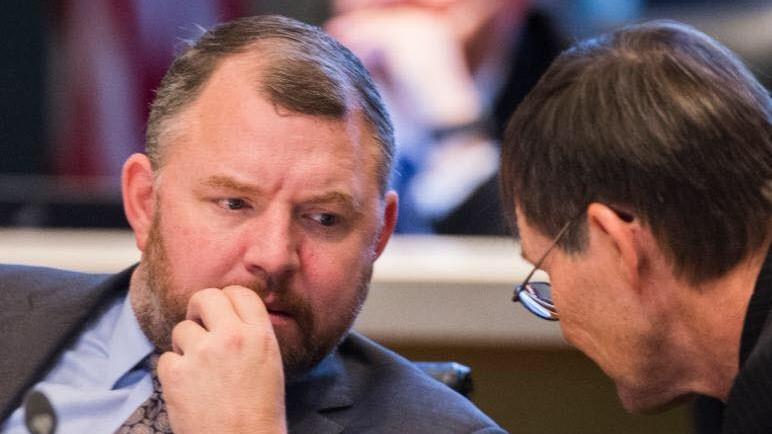 A bill that would regulate hemp growing and sales, bringing Florida in line with federal laws, unanimously passed in its first Senate committee hearing Wednesday.

“The fundamental purpose of this bill is to modernize our state statutes to make sure that they are consistent with federal laws and to allow a hemp industry to begin in our state,” he explained to the Florida Senate Committee on Innovation, Industry and Technology Wednesday.

“The scheduling of cannabis as a Schedule I substance is ridiculous in my estimation,” Bradley said. “Hemp doesn’t make you high. You don’t smoke it. If you tried to you would get a headache.”

Bradley’s bill defines hemp as a cannabis plant containing less than 0.3 percent of the high-causing chemical THC,  the same definition used in the Farm Bill.

“If we didn’t do this then it didn’t matter what the federal government did, you still would be committing a crime under state law,” he explained.

Bradley hopes this bill will provide opportunity for Florida’s agricultural community, which has been hit hard in recent years by hurricanes and the orange-tree-killing citrus greening disease.

Related: Legalizing Hemp Will Likely Shake Up The Market

“Florida continues to be a leader in the world in agriculture,” he said. “And I think it’s appropriate, now that the federal government has acted, for this to be an option, as long as we do it right.”

Florida resident Steve Edmonds agreed with the lawmakers on the panel that hemp should be a legal agricultural product.

Sen. Randolph Bracy (D-Orlando) pointed out that non-intoxicating cannabinoid oil derived from cannabis plants, or CBD, is also still illegal in Florida, despite having been legalized at the federal level.

Bradley said he thinks this bill is the appropriate vehicle to deal with CBD, though he stopped short of offering an immediate amendment.

“The law enforcement community has been put in a very unfair position when it comes to these vendors… where they’re selling CBD oil and these sorts of things,” he said. “That is very problematic from a legal standpoint if one is engaging in that activity right now.”

“If you are selling CBD oil and you look at the current state of state laws, I think you are putting yourself in serious legal jeopardy if you do that. I think that is something that is incumbent on us to look at and address,” Bradley said.

And Joshua Linney with Veterans for Cannabis encouraged lawmakers not to impose minimum lot size requirements or licensing fees in the bill.

“I was on benzos and opiates for 20 years, and after starting hemp oil from my gas station I quit 20 years of dependence on Xanax in six weeks,” he told the senators. “Three months later I started medical cannabis, and within three months I was off of a 20-year dependence on opiates.”

“This will return quality of life and safety to our communities,” he went on to say. “If you give people with half of an acre and a one-bedroom home the ability to cultivate for personal use, hemp in their own yard, you’ll reduce the burden on our health care system and allow people to treat themselves and manage their conditions in a way that will reduce the dependence on pharmaceuticals and lower deaths in our community.”

The bill passed unanimously with messages of strong support from senators like Gary Farmer, Jr., who described hemp as an amazing plant.

“I pledge to work with you, and together I believe that we can make hemp great again,” he said, donning a green “MAKE HEMP GREAT AGAIN” hat.

The bill has to make it through two more committees before it goes to the Senate floor for a full vote.

The House version of the bill, HB 333, is co-sponsored by Reps. Ralph Massullo, R-Lecanto,  and Sam Killebrew, R-Winter Haven.