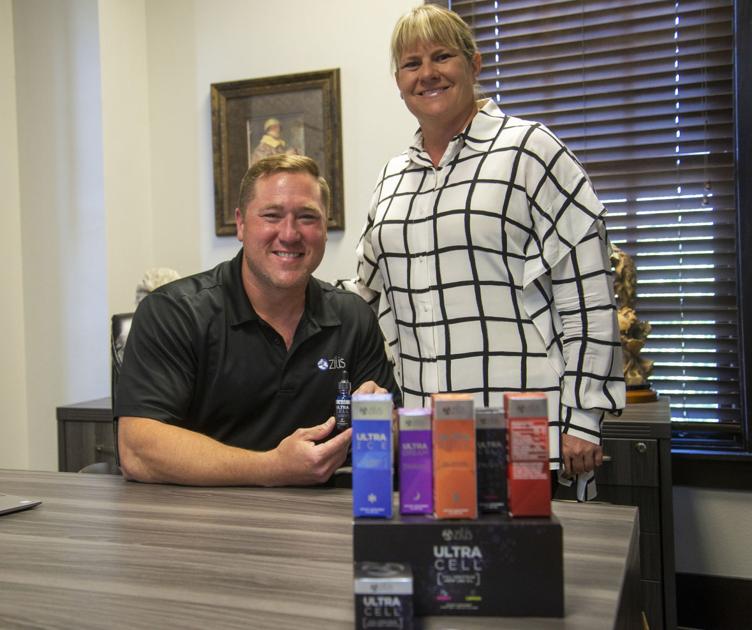 With more than 20 years of experience in health and wellness supplements, Steven Thompson decided to try to build a product with cannabidiol oil, also known as CBD.

He’d worked with product formulation teams before, and he set out in 2015 to create a hemp CBD oil that could be easily absorbed in the body. The first product, UltraCell oil, is the primary formulation and product sold by his Argyle-based company, Zilis.

“When we discovered the power of CBD, it was unlike anything that I had experienced — to the degree that I didn’t believe the results people were reporting on our first product,” said Thompson, the co-founder and CEO. “The customer stories and experiences match our own studies and experiences, and we realized it was a major game changer.”

CBD is a chemical compound found in cannabis plants that’s mixed with oils for consumption. As it grows in popularity, limited scientific research suggests it can help with pain, anxiety and inflammation.

Although CBD is found in cannabis plants, CBD oil is low in tetrahydrocannabinol (THC), the principal psychoactive component of marijuana, and doesn’t have any psychoactive side effects.

Hemp Business Journal’s “The CBD Report” projects the CBD market will hit $2 billion in sales by 2022, but Thompson said he thinks it will be more.

He has a goal for 2022: Have Zilis be worth $1 billion and become the fastest health and wellness company to achieve the milestone.

“We may miss that goal or we may hit it, but I believe the best predictors are previous growth,” he said. “At two years of 500% documented growth, we feel very bullish about the future.”

Last year, Charlotte’s Web reported $11.8 million in sales, according to its revenue report.

“They are a little larger in sales, but we only sell two CBD products while they sell more than 100, so by product that’s how I know UltraCell exceeds any individual product of theirs,” Thompson said. “That makes our product the No. 1 selling CBD oil in the nation.”

She’d wanted to offer CBD products in her store for a while, since many customers ask about it, already geared toward her natural and locally made soaps.

Zilis is upfront about what’s in the products, and each bottle carries a scannable QR code to reveal what’s in each batch and verify it’s been tested.

“Since I’m not an expert in this, I feel good about having this on my shelves,” she said. “I wanted something that felt safe for my clients to try.”

At Salted Sanctuary Soap, customers can buy a one-ounce bottle of UltraCell oil for $149 or 0.23 ounces for $35.

What makes UltraCell different from other CBD oils is that its tested absorption rate is 94%, guaranteeing that users’ bodies will absorb and process the treatments, Thompson said.

“It delivers up to 30 times more potency than other CBDs, and it doesn’t matter what dosage you take — it matters what you can absorb,” he said.

As public education about CBD increases, along with more relaxed attitudes toward marijuana as more states legalize psychoactive products, Thompson says he hit the market at the right time.

“I think America has made a mental shift away from big pharma. The American public no longer trusts big pharma, and we don’t think they’re here to keep us healthy,” he said. “I think more Americans are looking for natural products than ever before, and with the CBD movement, it’s a perfect storm moving this business forward.”