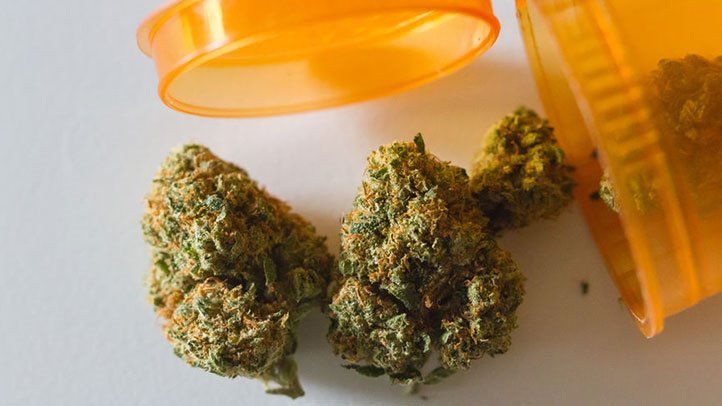 News breaks in the cancer arena all the time. Sometimes it’s big — like word that a breakthrough drug has increased survival for a hard-to-treat cancer. Sometimes it’s smaller. Any of it may matter to you and your family as you navigate your cancer journey. We do our best to keep you up to date with a weekly roundup of some of the most significant cancer news. Here’s what was new the week of March 24, 2019.

Researchers at New York University Medical Center and their collaborators analyzed data from 11,590 men and women in New York. Just over 17 percent of the study sample were people with cancer who purchased cannabis products from a dispensary licensed in New York state, between January 2016 and December 2017. The study showed sharply different use patterns. People with cancer preferred products with THC doses that were much higher than the products preferred by noncancer patients. Those individuals tended to choose formulations high in cannabidiol (CBD), which has been shown in previous research to have beneficial impacts on seizures and inflammation. All patients increased their THC dose over the two-year study period, according to the analysis.

Why It Matters Medical marijuana has been shown to help reduce some cancer symptoms and lessen the severity of treatment side effects, such as pain and nausea, the authors noted. Doctors need more evidence-based information about how their patients are using the drugs, they said. “Although there is growing patient interest in medical cannabis, there is a scarcity of solid evidence about the benefits, risks, and patterns of use of marijuana products in various disease settings,” said study lead investigator Arum Kim, MD, an assistant professor of medicine and rehabilitation medicine at NYU School of Medicine and director of the supportive oncology program at its Perlmutter Cancer Center in New York City. “Such information is important for delivering the best care.” Since 1996, 31 states have legalized medical marijuana.

Related: Are Medical Marijuana and Cannabidiol (CBD) Legal in the United States?

What’s New A combination of two anti-estrogen drugs extends survival in women with metastatic hormone receptor–positive breast cancer compared with taking just one of the drugs alone, according to research published March 28, 2019, in The New England Journal of Medicine.

Researchers from the SWOG Cancer Research Network analyzed data from 707 postmenopausal women at 73 medical centers and clinics in the United States and Canada. The patients were followed for an average of seven years. Women who got the combination of Faslodex (fulvestrant) and Arimidex (anastrozole) as their first line of treatment lived an average of eight months longer compared with women who took Arimidex alone. The study also found that 42 percent of the women receiving the combination therapy were alive five years after their initial treatment compared with 33 percent for the women who got Arimidex alone.

Why It Matters Hormone receptor–positive breast cancer accounts for about two-thirds of breast cancer cases in the United States. The study confirms earlier data on the benefits of the combination therapy and adds to the estimates of long-term survival. “These results are very exciting,” said Rita Mehta, MD, a clinical professor at the University of California in Irvine, and the medical director of the Breast Center at Chao Family Comprehensive Cancer Center. “Women who received fulvestrant, right up front, lived longer based on this new long-term analysis. This is credible evidence that combination endocrine therapy should be considered an option for first-line treatment of advanced hormone receptor–positive breast cancer.”

Preventive Drugs May Be Unnecessary for Terminal Cancer Patients

What’s New Older adults with terminal cancer are often prescribed “preventive” medication, such as drugs to lower blood pressure or prevent bone loss, even though these are unlikely to benefit patients who are at the end of life, according to research published online March 25, 2019, in the journal Cancer.

Scientists from the Karolinska Institute in Sweden looked at more than 150,000 older patients who died from cancer. They found preventive drugs were often prescribed and continued until the final month of life. The cost of the preventive drugs accounted for about one-fifth of the overall costs associated with the patient’s care.

Why It Matters The benefits of preventive drugs in older patients with cancer decline while the risks of side effects from those drugs increase at the end of life, the authors explained. Oftentimes, they noted, preventive drugs require many months of use to produce benefit. Patients may have lower costs and better quality of life if these unnecessary drugs are discontinued during the final year of life, they said. “Our finding that older adults with poor-prognosis cancers — including cancers of the brain, lung, liver, and pancreas — were just as likely as those with less aggressive disease to use preventive drugs during their last month of life suggests that there is room for deprescribing,” said the lead author of the report, Lucas Morin, of the Karolinska Institute.

Related: 10 Metastatic Breast Cancer Blogs to Read When You Feel Like No One Understands

What’s New The U.S. Food and Drug Adminsitration (FDA) has proposed changes to update breast cancer screening quality standards, the first such update in more than 20 years. The proposed policy changes were published March 28, 2019, in the Federal Register.

The revisions are intended to update and modernize national breast cancer screening oversight, which includes accreditation, certification, annual inspections, and enforcement of quality standards. Among the changes suggested, the FDA had proposed adding information about breast density to the summary letter provided to patients. Mammography is less accurate when used to screen dense breasts, and women with dense breasts are at increased risk for breast cancer. The changes also include amendments to enhance information provided to healthcare professionals.

Why It Matters The proposed update acknowledges advances in breast cancer screening, such as the role of breast density in defining risk. The update also aims to foster improved communication between healthcare professionals and patients. Finally, the proposed regulations would make it easier to enforce quality standards at breast screening centers. “As part of our overall commitment to protecting the health of women, we’re proposing new policies to modernize our oversight of mammography services, by capitalizing on a number of important advances in mammography, like the increased use of 3-D digital screening tools and the need for more uniform breast density reporting,” said FDA commissioner Scott Gottlieb, MD. “We’re committed to making sure patients have access to high quality mammography. Today’s proposed rule would help to ensure patients continue to benefit from advances in new tools and robust oversight of this field.”

What’s New A combination of two prescription skin creams that are designed to clear up precancerous skin lesions can also lower the risk of later development of squamous cell skin cancer, according to research published March 21, 2019, in the journal JCI Insight.

Why It Matters Squamous cell skin cancer is the second-most common skin cancer in the United States, and rates of the disease continue to climb. While typically not life-threatening, the disease treatment can be disfiguring and costly. Research is ongoing to find ways to prevent the disease.

“This finding provides the first clinical proof-of-concept that an immunotherapy directed against premalignant tumors can prevent cancer,” said senior author Shawn Demehri, MD, PhD, of Massachusetts General Hospital and Harvard Medical School in Boston. “We hope our findings will establish that the use of premalignant lesions as personalized therapeutic targets can train the immune system to fight against the progression to cancer.”

Related: 10 Things You May (or May Not) Know Cause Skin Cancer

What’s New State laws that call for informing patients of their mammogram results lead to additional screening and modestly increase breast cancer detection rates, according to research published March 21, 2019, in the American Journal of Public Health.

Scientists at Yale’s School of Public Health and School of Medicine analyzed data from more than 1 million mammograms of privately insured women in their forties or fifties. The women lived in states with various laws regarding mammography and breast density reporting or that had no notification laws. Looking at whether the type of law made a difference in cancer detection rates, the authors found that women living in states with laws recommending supplemental screening tests had small increased rates of breast ultrasound and cancer detection after the law was implemented. However, the study showed no changes in clinical practice related to notifications that only included information about breast density.

Why It Matters The study points to the impact of laws that specifically recommend supplemental screening as necessary to actually improve cancer detection rates. “Our study suggests that if one of the goals of dense breast notification laws is to change clinical practice, the language of the legislation is important,” said Susan Busch, PhD, professor of public health at the Yale School of Public Health and corresponding author. “Including specific information about additional testing is more effective than vague recommendations that suggest talking to your doctor,” she added.

Related: Race Should Be a Factor in Breast Cancer Screening Guidelines, Study Suggests